THE TRUE STORY OF SHARIA IN AMERICAN COURTS 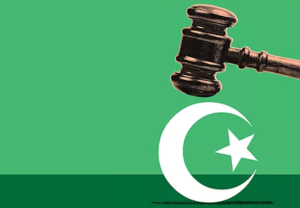 On May 21 Kansas Governor Sam Brownback signed legislation prohibiting judges in the state from considering foreign law in their rulings. The law declares that any court decision will be considered void if it relies “in whole or in part on any foreign law, legal code or system that would not grant the parties affected by the…decision the same fundamental liberties, rights and privileges granted under the United States and Kansas constitutions.”

The real target of the law goes unnamed. “This [bill] doesn't say ‘Sharia law,'” Republican State Senator Chris Steineger said in a speech that condemned the legislation for discriminating against Muslims, “but that's how it was marketed back in January and all session long—and I have all the e-mails to prove it.”

The Kansas law is hardly unique. Since 2010, when Oklahoma voters first passed a constitutional amendment prohibiting judges from considering international law in their decisions, two dozen states have proposed or passed similar legislation. (The Oklahoma statute was struck down this past January, with a federal court ruling that lawmakers failed to “identify any actual problem the challenged amendment seeks to solve.”) Richard Thompson, a former Michigan prosecutor and president of the right-wing Thomas More Law Center—whose website cites “Confronting the Threat of Islam” as a key part of its advocacy—recently admitted that “Sharia law is the thing people think about” when it comes to such bans.

Sharia, or Islamic law, is a complex system of moral codes that governs all aspects of Muslim life. More than simply “law” in the prescriptive sense, it is also the methodology through which Muslims engage with foundational religious texts to search for the divine will. For devout Muslims, Sharia governs everything from the way they eat to how they treat animals and protect the environment, to how they do business, how they marry and how their estate is distributed after death. Although the emergence of the nation-state did away with the premodern methodology of Sharia, its current manifestations are either a source of legislation or actual state law in many Muslim countries.

From a legal perspective, the wave of anti-Sharia legislation should be much ado about nothing. Sharia is as much a threat to our Constitution as Bible verses calling for the stoning of adulterers or the genocidal directive in Deuteronomy to leave “alive nothing that breathes.” Like the Old and New Testaments, Sharia has its own conflicts and tensions with modern conceptions of gender equality and citizenship. To suggest that banning Sharia or the Bible is the only way to ward off the stoning of women or the execution of apostates is clearly, maliciously false.

Yet support for such bans has come from the highest political spheres. Like Reagan's dire rhetoric on communism, warnings of a looming Islamic takeover have come from Republicans running for president. “I believe Sharia is a mortal threat to the survival of freedom in the United States and in the world as we know it,” Newt Gingrich said in July 2010. Michele Bachmann declared that Sharia “must be resisted across the United States,” and Herman Cain condemned the “attempt to gradually ease Sharia law and the Muslim faith into our government.”

However absurd, the notion that radical Muslims are trying to take over the country seems to be catching on. A 2011 poll by the Public Religion Research Institute showed that 30 percent of Americans believe Muslims want to establish Sharia in the United States. The percentage was even higher—52 percent—among those who said they most trust Fox News.