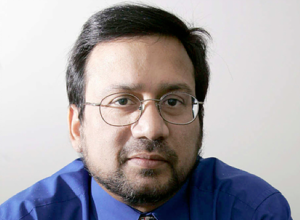 The facts of the case read like a first-year law school exam:

Only this was no hypothetical.

Steven Plotnick went to court seeking, among other things, the right to be present at the birth of his daughter. The child's mother, Rebecca DeLuccia, had objected to his presence. The dispute was argued the very day of the delivery, with the mother participating by telephone from the delivery room.

New Jersey Superior Court Judge Sohail Mohammed ruled in favor of the mother, and last week, his precedent-setting written opinion was released. That the Muslim judge sided with a woman in a case with a gender dispute might come as a surprise to some of his previous critics.

Where the state common law had nothing on point, Mohammed wrote a thoughtful and pragmatic 23-page opinion that drew on U.S. Supreme Court precedents Roe v. Wade and Planned Parenthood v. Casey, while finding that a pregnant woman's right to privacy is paramount. While noting that the father's interest in the birth was “laudable,” Mohammed wrote that “any interest a father has before the child's birth is subordinate to the mother's interest.”

Given that the mother had been recently hospitalized for the health of the fetus, Mohammed wrote that a father's unwelcome presence would present a practical concern that “could cause additional stress on the mother and child.”

“There can be no question that any mother is under immense physical and psychological pain during labor,” he wrote, “and for the state to interfere with her interest in privacy during this critical time would contradict the state's own interest in protecting the potentiality of human life.”

If Mohammed's name sounds familiar, it is probably because his nomination sparked some of the more memorable of Gov. Christie's plain-speaking. Christie named Mohammed in 2011 amid concern by a few that the India-born Muslim American would seek to impose sharia law.

Susan Jarema was one of those leading the charge against Mohammed, who as a lawyer had defended Muslims who were detained post-9/11. Jarema, who was associated with an organization called Women Against Shariah, testified June 27, 2011, in opposition to the nomination in front of a state Senate Judicial Committee, and later stated her objections in a letter to the Bergen Record:

“The reason why many citizens, both in New Jersey and across the nation, are concerned about this nomination: Will such Muslim judicial appointees support or oppose sharia law that would adversely affect our precious constitutional court system?”

Jarema praised state Sen. Gerald Cardinale (R., Bergen) for having “rightfully asked Mohammed if he would protect and defend the Constitution of the United States,” and she said she was unmoved by Mohammed's affirmative answer. “Many of us are not so confident that Mohammed can live up to his assertion and at the same time abide by the Quran,” she wrote.

That's not all Cardinale asked. He also inquired: “Can you tell me if you know what the organization Hamas is?”; “Have you ever objected to the term Islamoterrorist?”; “Can you tell us what are the goals and objectives of the American Muslim Union?”; and, “What does the term jihad mean?”

Finally, Cardinale asked Mohammed whether he would be “guided as a judge by New Jersey law, or would you be guided by how the person before you was following their cultural beliefs, which might be different from New Jersey law?”

Meanwhile, Christie stood by his pick.

“Ignorance is behind the criticism of Sohail Mohammed,” Christie said. “Sohail Mohammed is an extraordinary American who is an outstanding lawyer and played an integral role in the post-Sept. 11 period in building bridges between the Muslim-American community in this state and law enforcement. I was there for it. I saw it personally.”

The governor further stated that he was “disgusted” by some of the questions that Mohammed was asked at his confirmation hearing, calling the spectacle “awful.”

“Sharia law has nothing to do with this at all, it's crazy,” he said at the time. “This sharia law business is just crap . . . and I'm tired of dealing with the crazies.”

Abed Awad was not surprised about the opposition Mohammed's nomination faced, nor the way in which he has comported himself on the bench. Awad is a lawyer and expert on the role of sharia and foreign law in American courts. He teaches Islamic jurisprudence at Rutgers and Pace University law schools and is cofounder of the blog ShariaInAmerica.com.

Awad told me that judges around the country regularly apply the law of the land despite their moral disagreement on matters such as abortion, gun control, taxes, obscenity, capital punishment, international law, and many other issues.

“Yet if you are a Muslim, hold on. Then this judicial integrity does not apply to you,” Awad told me. “Judge Mohammed did not do anything extraordinary or unusual. He did what any New Jersey judge would do: Apply the law of the land. Like every other American judge, Judge Mohammed is doing his job by adjudicating matters justly and according to the law.”

How ironic that when Susan Jarema questioned Mohammed's nomination, she was particularly concerned about whether he would defend the rights of women when under sharia law. I doubt she'd have anticipated how he'd rule in a domestic dispute between an unmarried couple over who could be present in a delivery room.